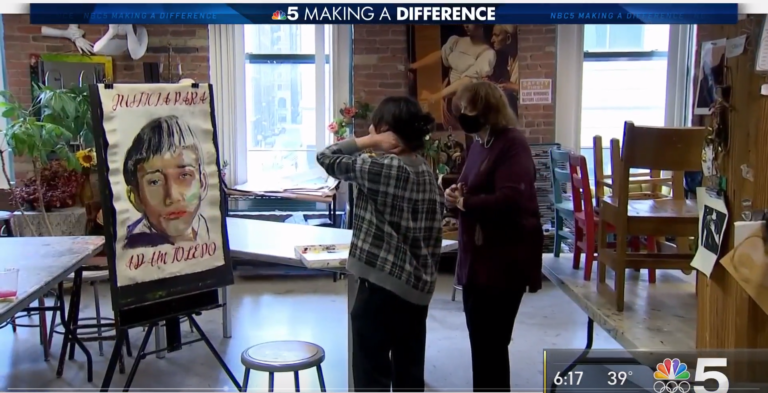 After School Matters’ teen Mya C. was featured on NBC 5’s Making a Difference segment as a budding Chicago artist. Mya found her passion for… More ›

Co-op is also supported by After School Matters, Chicago first lady Maggie Daley’s jobs program for teens. Over the summer, students made 125 vases that… More ›

On teenage violence, Maggie Daley said that After School Matters is a program that gives kids different opportunities. She said she really hopes that in… More ›

A new mural was dedicated Saturday morning at Uplift Community High School in the city’s Uptown neighborhood. The bricolage mosaic was designed by teens involved… More ›