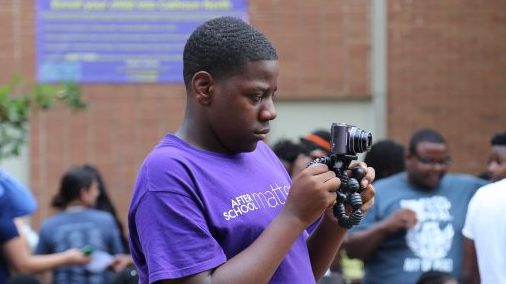 The 2017 After School Matters Film Festival celebrated teen filmmaking, creative expression and individuality. The annual festival is a special screening of short films representing teen voices from across the city of Chicago. This year, more than 120 teens created eight different films that tackled topics including violence, sexual harassment, the justice system and more. The screening was followed by a panel discussion featuring teen filmmakers from each of the participating After School Matters programs.

Watch all eight films below.