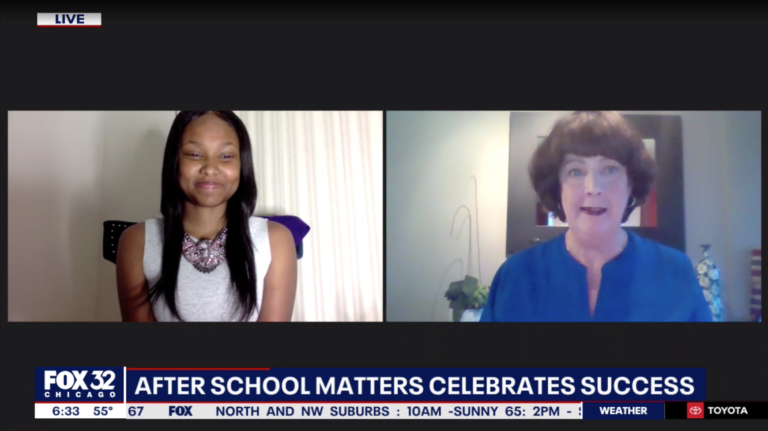 After School Matters, a nonprofit that connects Chicago teens to world class summer and after school programs in the arts,More ›

TEAM After School Matters kicked off the 2018 running season on March 25 with the Bank of America Shamrock Shuffle 8K. 18 runners met at… More ›

Going the Distance for Chicago’s Teens

TEAM member Ginger Bogle was all smiles during her marathon on October 8, 2017. TEAM After School Matters proudly participated in the Bank of America… More ›

More than a hundred teens showcased their Chicago pride on Monday night. They took part in this year’s After School Matters program and performed at… More ›

13,000 teens will participate in our biggest single program session to date during summer 2017! After School Matters programs will perform across the city, cook… More ›

Chicago isn’t Hollywood, as billionaire Peter Thiel reminded us recently. But it can get glitzy, as it did Monday at Navy Pier for the annual… More ›