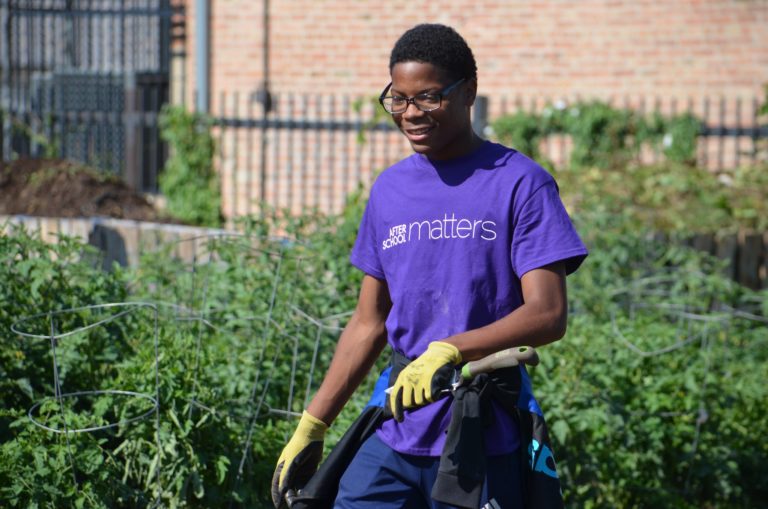 After School Matters is back at Block 37 this summer. About 150 Chicago teens have been taking part in summer programs in dance, digital media,… More ›

On Saturday, June 11, After School Matters teens and alumni were joined by the Eric Solorio Academy High School (Gage Park) community to celebrate a mural,… More ›

Our third annual Derby Day event was held Wednesday, May 4 at the After School Matters Gift Shop. The event featured the Hats, Headbands and… More ›

On Monday, May 2, four After School Matters programs met at Hamilton Park to share their gifts with their community. The event, Englewood Rejoice! ,… More ›